skip to main | skip to sidebar

Yes, Mr Gove, please can we have this fucker mess about with our History syllabi 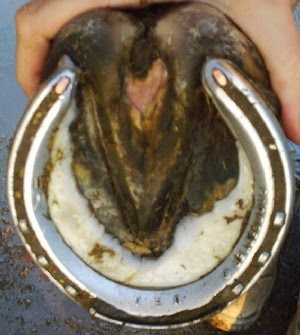 What makes a good historian? A good memory? A nice style of prose? Ruthless self-promotion and a pathological need to be seen as upsetting applecarts? A very very large book and tv deal? Schilling on American News networks, pushing cathartic bullshit mythology for a partisan section of the audience? Speaking fluffy banality unto the powerful who pay your cheques? A choice and somewhat undemanding tenure at an Ivy League university or one of the Russell group? An nice Scottish (but not too Scottish) brogue? Pushing amusing High table games of Counter-factual history as some how revolutionary heuristic tools? No longer being arsed to do original research but claiming some standing above, and greater wisdom over actual working Historians?

If Gove is looking for these "qualities" within a preposterous History "Tsar", then Niall Fergusson is your urbane fellow. What you also get is a bad historian.

When put forwards your prespective, on the evidence you present and, as importantly, how that evidence came to be selected, engagement with other interpretations is the essential mounting. A honest historian engages with the strongest prespectives of competators, looking to synthesise and answer more fully the discoveries and new evidence these cases have brought up. To return to older more amendable narratives, ignoring the new riches brought forth by rival alternatives, is sheer propaganda. It is a matter of respect, not only for others, but your own craft. Let mock cursory platitudes begin

Fergusson over narrative is thus:- He depicts a classic whig perspective but with an added cynicism engendered by the turmoil of the 20th century. A goldern era of Euro-generative progress and power is suddenly ended by a series of "incidents", unattached to the social and political condition out of which they arose. Thus Britain inflames a neccesary conflict between a European Germany and a backwards Slav fringe creating World War I by a few bad apples in government. This ushered in a era where actual existing Liberalism relaxed its power over subject peoples and in various metropoles allowing barbarities to gain power. By the end of the short 20th century, this multi-polar world is ended and a workable and essential just compromise of cheap subject labour and capital is combined with high living amongst the Liberal core. Military Power is to be transmitted via the United states and the "stability" of economic progress continued.

You can see why he is so upset by the revolutions in today's middle east. Why he must libel the people who made them and the diaspora of Arab democratic dissendents and lie outright about American revolutionary history. How can these poor stupid latter-day san-cullottes aspire to anything worthy of Fergusson's praise? To the wisdom of slave owning gentry, to Bismarckean real politick, to the Solomans of the Bush Pentagon. His apologies for empire reveal his Whig dialectical process. The rich make better decisions, so make the oppressed or their children or grand grandchildern richer and they might, if their culture passes muster, get a seal of approval. Only by decades long "tutelage" can cure the masses from their improper expectations of not being kicked in the face

Chin up though, Niall. If you can seek progress in laying down with the Congo Free State, José Napoleón Duarte or Savimba or Mubarak, then the Muslim Brotherhood should be no problem
Posted by socialrepublican at 14:40

for some reason the student dive i live in still has a newsweek subscription and I recently noticed from the cover blabs that Niall had been hired to write for them, something I found quite funny because despite now teaching at Harvard I'm pretty sure outside historian circles no one on this side of the pond has a clue who he is.

PS - I just received word that a research grant I applied for got approved so I'll be in Kiev next academic year doing research on the construction of Ukrainian post-Soviet historical identity. So if you're in the eastern block anytime soon let me know!

By the way, I was just accepted to an MPhil program at the School of Russian and Eastern European Studies, St. Anthony's College. What's new with you if you are still reading your blog?

Well done, really pleased for you. I've had to stretch the MA over two years but am looking good for this year. Am looking towrds Phd and funding currently. We shall see

I will be visiting Oxfords campus on February 13th and 14th to see the program/visit a friend I have there. I'd be down to meet up if you were around, just shoot me an email luke.rodeheffer@gmail.com

I am hereby contacting you, following a visit of your blog, which I find very appropriate for a publication.

Bloggingbooks would like to broaden its publication's portfolio and in this respect, comes my question: would you have any interest in publishing your blog posts into book format?

You will find information about bloggingbooks on our homepage (bloggingbooks.net). The best way to get in touch with me will be per e-mail.

I am looking forward to hearing from you.

This article is very helpful, I wondered about this amazing article.. This is very informative.
“you are doing a great job, and give us up to dated information”.
Thanks for sharing such unique content. Please keep it up.
Skip Hire Plymouth

Thanks for sharing this with so much of detailed information, its much more to learn from your

Other places I go to sound clever